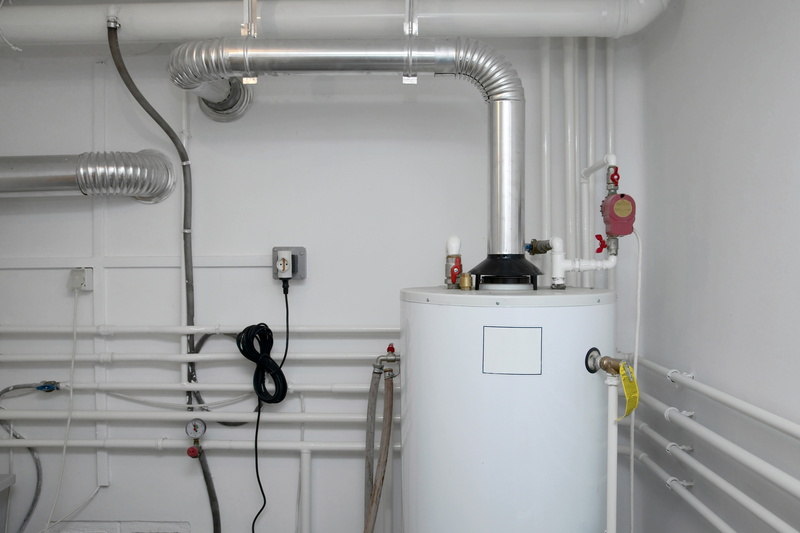 Pipes of a heating system

If you’re thinking about having a new boiler fitted, or need to book a service because you think there’s something not quite right with your current one, here are some interesting facts you might not know to get the best from your boiler:

1. Boilers work by heating through radiant or convection heating

Some boilers give off radiant heat, in that they heat a specific thing such as flooring and not air. Most boilers in the UK use convection heating, which heats the air itself. Whatever system is used, the act of heating is the same. Water runs through the system and is heated at a central location. It is then pumped through pipes, transfering heat to radiators and warming your home.

Boilers of the past used to get a bad wrap for being energy-inefficient. Thankfully, boilers have come a long way and modern units use between 85 and 99% of the fuel that they consume, which is a vast improvement. In the past, that figure was more like 50 to 70%.

3. Does a boiler actually boil water?

You would think that the name suggested a boiling action, but you might be surprised to learn a modern boiler doesn’t boil water inside the system. Old boilers used to use steam to make heat, so did boil water up to temperatures of 190F. The benefit of boilers no longer using steam is a more efficient system, using less energy and yet still keeping your home toasty. For Gloucester Boiler Repair, visit http://www.hprservicesltd.com/gloucester-boilers/boiler-repair-gloucester/

4. A new boiler will save you money

If you are still operating an old boiler, upgrading could save you up to 30% on your current energy bills. New models are a great deal more energy-efficient. They use less energy to run and don’t bring the water to a full boil. This will save you considerable amounts and you’ll see the benefits almost straight away.

5. The importance of having the correct water pressure

Did you know that the water pressure in your boiler system is different from that which is set in your overall plumbing system? Your boiler water pressure should be set between 12 and 15 psi for optimum functioning. Too low and you won’t experience enough heat, but too high and you could damage your system. You can easily lower pressure by bleeding the radiators and increase it by adding more water into the system.

Although there is a lot of water involved, a boiler does, in fact, provide dry heat. The entire system, including the radiators and pipes is closed, so water doesn’t escape anywhere into your home. You won’t even see any water vapour escape either, as the components are made from non-porous materials. Therefore, you’ll see no increase in humidity inside your property.

Why Online Gift Shopping Is the Best Idea

How to cope when waiting for your boiler to be fixed